A market of the spare car parts continues to develop as one of the biggest and most interesting markets in the World. That is why the competition is very tense, and one of the main keys to success in this business became qualitative service.

Avto.pto Company decided to make a complete analysis of this market and its services to find out the problems of the industry in the modern Ukraine. So, the careful study of auto business they came to one conclusion: the main problem of the car market today is the absence of tight relations between leading elements in this area.

That is why they decided to organize a huge event where professionals in the auto market and related spheres can finally meet with each other. It will take place 16 September.

The Forum is created in the unique form with an opportunity to listen the important reports from leaders in the auto industry, cooperate with famous Companies, and communicate with their representatives.

All participants of the Forum will hear important information and practical advices from well-known specialists about the future of this business, the best ideas in commerce, logistics, auto services, financial benefits for business, increase of sales, and loyalty of customers.

Administration of the Forum decided to pick all the best solutions for auto industry in one simple concept. Every lecture during this event will represent the current situation at the market. It may change the whole point of view, and bring new business ideas. Lecturers will show a lot of new possibilities for every company in this industry. There are a lot of benefits, ideas and innovative solutions that probably are waiting for you right now, but you don’t see them.

With the help of Avto.pro event, you will see the useful cooperation of:

Avto.pro hopes that member of the Forum will be able to increase their profit by the association with each other, and combining their powers to expand base of customers, using channels of sales more efficiently.

Privat Bank is one of the main biggest banks in Ukraine, with the huge variety of its services. This bank can provide all the tools for starting electronic commerce. It will help with the financial transactions from different customers and sales across the World and in Ukraine, particularly.

Representatives of this bank will tell about “Functional use of the Privat Bank’s instruments for the development of your business”. In this report they will talk about:

Nova Poshta is the huge logistic Company with the new innovative ideas. This Company helps to simplify the logistic services and makes every delivery faster, and qualitatively.

The main report will read Director of the Development department Maxim Rabinovich. It calls “E-commerce delivery as the new important element in building your business and providing service”. In this report Maxim will talk about:

An Audatex Corporation is the global software developer of the calculation apps for the vehicles repairs cost. They will represent report together with an insurance company.

From their common statement, you will be able to learn about positive changes in auto centers, ways to get new customers from insurance firms, benefits from customers’ loyalty, sales increase, and so on.

NAPA is the Ukrainian public association of independent auto stations. Its mission officially is described as: To help the development of the new independent business of auto market in Ukraine.

Grishchenko Vitaly, the President of NAPA will represent this company during the Forum. At the roundtable, he will tell about the best methods of dealing with the new technologies. He promised to give some clues about the way to make your business more profitable.

LTD The Black Sea Law Company is the part of a law firm in Odessa that during many years supports local business. They will answer all the questions from the participant of Forum, and talk about your legal rights and the way to protect your business.

Avto.pro is the head of the Forum. They created this event to speak more about e-commerce, and its role in business. Representatives of Avto.pro will take part in all roundtable meetings and will answer questions. At the end, they will lead the discussion about the possibility of cooperation among all the members of the Forum, and an auto industry as well.

All the details in this link http://avto.pro/innovations2016/ 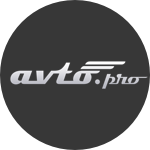 This author has not added a biography. Meanwhile William Barton has contributed 56 posts. Click here to view them.